we propose a real-time signal control framework based on a nonlinear decision rule (NDR), which defines a nonlinear mapping between network states and signal control parameters to actual signal controls based on prevailing traffic conditions, and such a mapping is optimized via on-line simulation. The NDR is a instantiated with two neural ntworks: feedforward neural network (FFNN) and recurrent nueral network (RNN), which have different ways of processing traffic information in the near past, and are compared in terms of their performances. The NDR is implemtned within a microscopic traffic simulation (S-Paramics) for a real-world network in west Glasgow, where the on-line training of the NDR amounts to a simujlation-based optimization aiming to reduce delay, CO2 and black carbon emissions. the emission calculations are based on the high-fidelity vehicle dynamics generated by the simulation, and the microscopic AIRE emission model. Extensive tests are performed to assess the NDR framework, not only in terms of its effectiveness in reducing the aforementioned objectives, but also in relation to local vs. global benefits, trade-off between delay and emissions, impact of sensor locations, and different levels of network saturation. The results suggest that the NDR is an effective, flexible and robust way of alleviating congestion and reducing traffic emissions. 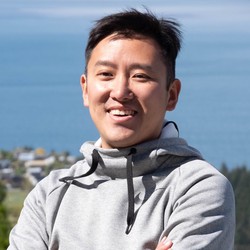